There has been an increase in the favoritism towards vegan food products in recent times. In fact, vegan food products have now become grocery-store staples. Consumers have now become extremely mindful of their food intake and the environmental impact associated with what they consume. People around the world have been embracing animal rights and waking up to the idea that animals have an inherent worth that is separate from their usefulness to human beings. Vegan food products have evolved considerably from the ‘boring green veggies’ to more mouth-watering options. We are excited to unveil some of the greatest trends in the vegan food market:

One might wonder about the bizarre combination of flowers in food, but flowers are one of the most favorite vegan food products right now. Flowers have been a common ingredient of the exquisite dishes in Michelin starred restaurants, however, this trend has been adopted by vegan food companies who have incorporated these trends in their offerings. Pansies, carnations, and nasturtiums are some of the common choices of flowers used in the food items.

Veganism is all about staying away from any kind of meat or animal-based products.  However, for new adopters of veganism, who might find it tempting to go back to meat, here is an alternative. Vegan food products such as lab-grown meat made from cultured animal cells are becoming popular among the new vegan crowd. These products are slowly hitting the grocery store shelves and restaurants and are expected to go mainstream in the next couple of years.

One of the toughest thing for most of the people who are going vegan is to give up on their sweet craving because of the animal-based products involves. But say goodbye to such compromises with vegan food products that act as substitutes for dairy products. This year, you can expect to see a revolution in the field of vegan desserts. Top vegan food companies are already looking at dessert alternatives such as vegan donuts glazed with maple syrup, vanilla icing or filled with delicious jam, and many more. 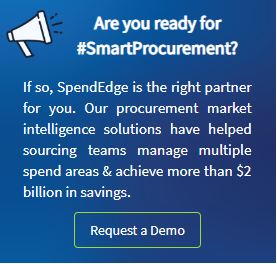 Fermented foods are right on the button in the vegan food market right now. One of the main reasons for this being the incredible health benefits that these products have to offer. As a matter of fact, when vegetables are fermented their nutritional value increases. Some of the most recommended fermented foods include soybean products (tempeh), kombucha, kimchi, and miso. It is important for vegans to choose fermented foods with adequate nourishing properties.

The vegan foods market is witnessing what is now called the ‘black-food trend’. This is because products made out of activated charcoal are now in the spotlight in the vegan food market. Activated charcoal is popular for its health benefits and properties such as drawing toxins from the body and promoting physical well-being. Moreover, it also lowers cholesterol and supports digestive health. Vegan food products like charcoal ice-cream and charcoal water have already become eye-candies among vegans.

END_OF_DOCUMENT_TOKEN_TO_BE_REPLACED Staying ahead of the curve can be challenging, but has become increasingly necessary over the years, and as companies prepare for the post-COVID era, standing apart from the crowd is imperative to achieving and maintaining sustainable growth. The performance of a manufacturer is highly dependent on the offerings and capabilities of its partner, and choosing the best fit suppliers and vendors is a complex process. SpendEdge helps companies overcome common hurdles, develop strong partnerships, lead the industry, and stay ahead of the growing market during challenging times.